How to get there:

Miagao lies between 10° 36’44” N latitude and 122°06’39” N and 122°17’30” E longitude.  Miagao is one of the seven towns comprising the First District of Iloilo Province. It is situated 40 kilometers Southwest of Iloilo City and 58 kilometers from San Jose, the capital town of Antique. Overlooking the island of Negros towards Sulu Sea, Miagao is bounded by the towns of Igbaras to the Northeast, by Guimbal to the East, by San Joaquin to the West and by Sibalom, Antique to the Northwest.

Miagao is partly coastal and partly mountainous town. In general, its terrain is rolling with mountain ranges serving as border between Miagao and part of the Province of Antique and other neighboring towns of Iloilo.  The  poblacion is situated in a hill overlooking the sea and public institutions are located in a plateau. The low and high mountains lying close to the river, plus the narrow coastal plains stretching 16 kilometers are varied topographical  features of Miagao

Miagao has two pronounced seasons: dry from November  to April and wet during  the rest of the year. The maximum temperature stands at 32.2° C and the minimum is 22.9° C. There are two prevailing winds in the locality, the southwest monsoon called “habagat” and the northeast monsoon called “amihan”.

Miagao is rich in natural resources. It has vast forest reserves at Tabiac and Tulahong forestry areas. It has metallic and non-metallic reserves as indicated by the grains of sand found on the beach lines. It has abundant source of ceramic clay used for potteries and mixtures of sand and lime structure called the Miagao Stone used as building material like the one used in building the Miagao Church.  It is also blessed with natural scenic attractions like the Sinuhutan Cave, Danao Lake, Bugsukan Falls, Rice Terraces, etc.

The municipality has five slope classifications ranging from 0°-30° slopes above sea level. The area marked A has a slope of   0°-3°; B 3° -7°; C 8°-13°; D 30°. The highest slopes are found in the mountain ranges that run from north to west  of the municipality and the lowest slopes on the shoreline.

Comprised of 119 barangays, with 8 barangays located in the poblacion and 22 coastal barangays

Number of Households with Sanitary Toilet and Potable Water 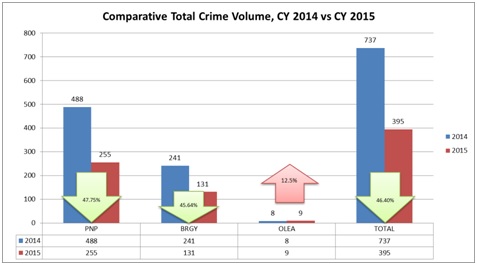 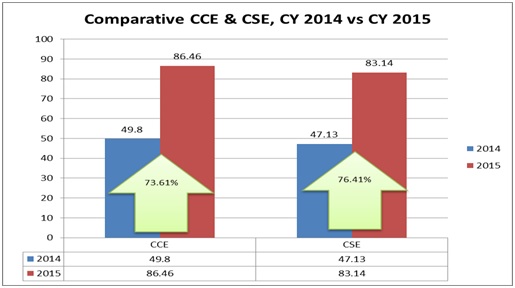 Number of Connections – 153 serving the whole UPV Campus and 2 barangays,

Note:
* Some data on this article may need updating*